Eterovich in "A Christmas Carol"

One month from today we open "A Christmas Carol" adapted by Robin Proett Olsen on Friday, December 13th at 7:30pm at the @hhkhermitage #museum in #hohokusnj . This will be the second full production by #firstflight #theatrecompany and the 1rst to include all members of #actorsequity . I am a #happyactor ! #AnActorsLife #comingsoon #charlesdickens  I will play many #roles including Fred, #scrooge s nephew and Belle, his intended and old #fezziwig to name a few! #anactorslife #actingproject 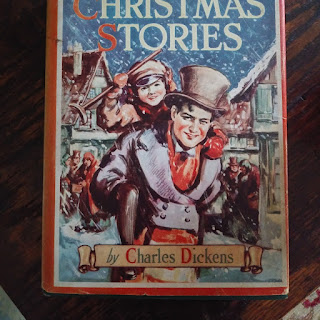 "A packed auditorium laughed, listened and loved the humour, as well as the pathos, in many aspects of Jane Austen’s life. In a Q&A after the show, audience members were able to ask Karen more about her research and her acting skills with many comments about her faultless English accent and her mastery of dialogue and dance.It was a very special show and everyone who was lucky enough to see it felt privileged to have been in the audience at The Mission Theatre on Saturday night." Excerpted from "News The Mission Theatre" dated 9.25.19. I will provide the link in my next post! #JaneAusten #JaneAustenFestival #MissionTheatreBath #Theatre #Acting #SoloShow #Performance #AnActorsLife Photo courtesy of the Jane Austen Festival. #thankful #grateful to my co-directors, Susan Pilar and #AmyStoller, my costume designer #MarieNatali, my dramaturg, Amy Elizabeth Smith and to Jasna N.Y. for all their help with the details in the show! 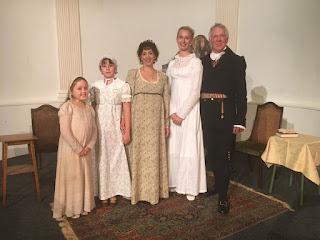 I'm back.  I've been performing.  I need to play catch up here on my blog.  But first I need to share that I will return to Bath, England in my one woman show "Cheer from Chawton" for the 4th time and I am quite thrilled about it!  I am scheduled to teach an acting Masterclass on Friday, 20 September 2019 and then on Saturday, 21 September 2019 at 8pm it's "Cheer from Chawton, a Jane Austen Family Theatrical" suitable for ages 8 and up at the 2019 Jane Austen Festival. 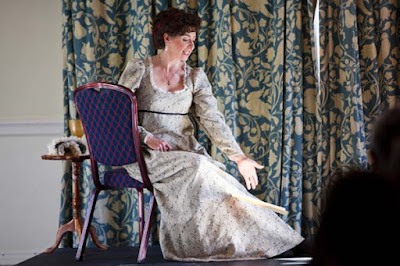 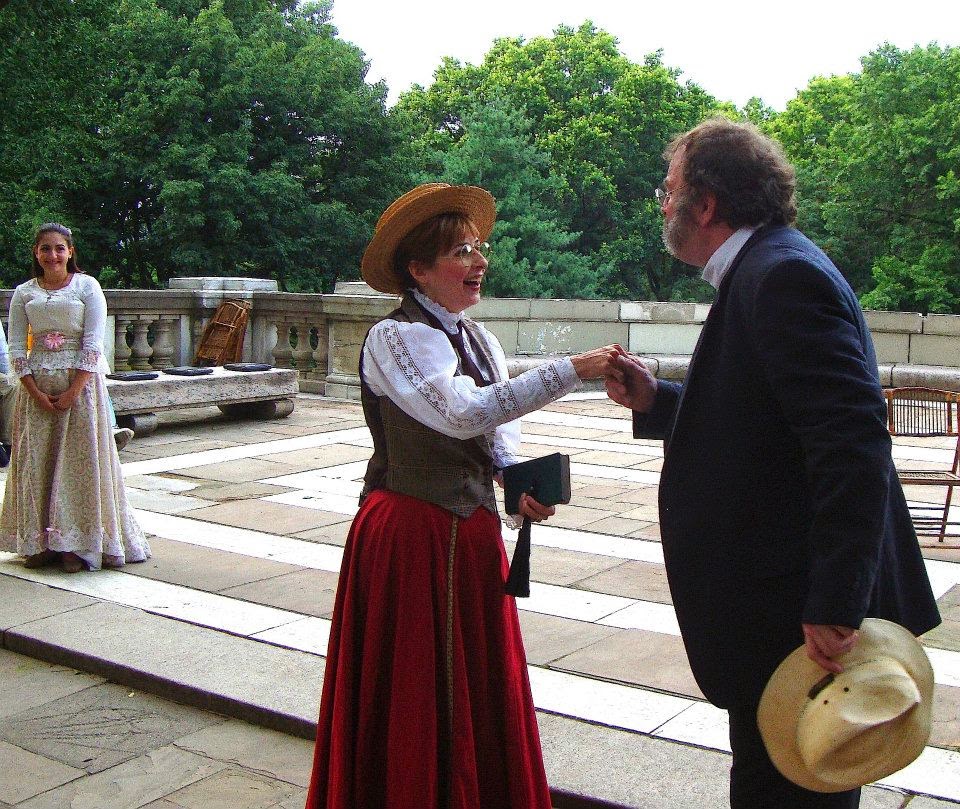 Currently appearing in the Hudson Warehouse production of The Importance of Being Earnest in New York City, NY until Sunday July 27, 2014.  Curtain time is 6:30 pm. The venue is beautiful and the cast pitch perfect!
Posted by lovearmd at 1:35 PM No comments:

I have been catching up on all things Jane and I have to say I got absolutely lost in a website that's been around for a while - www.whatjanesaw.org .  UT Austin - no pun intended - has done an amazing job on this virtual gallery.  To see this Joshua Reynolds retrospective, and incredibly, the way Jane saw it, from the comfort of one's home is to go on an imaginative exploration-expedition.  The paintings in three galleries are hung close and one above the other, the intensity of the exhibit offers up the clear eyes of this renowned painter.  The portraits of Goldsmith, Johnson, Barretti are astonishing in clarity.  All offer the visitor a glimpse into the world of the time.  I have my own "What Jane Austen Saw" in this Hoppner portrait in the background of "Love, they say, is like a rose..." Jane wrote in a letter, "I long to have my portrait painted with a red background."  Hoppner was famous for using red backgrounds for his sitters. He was also most famous for his portraits of women - would that Jane had sat for him in her short lifetime!
Posted by lovearmd at 7:38 AM No comments:

Getting more than three things ready at once:

When it rains it pours!
Posted by lovearmd at 6:57 PM No comments:

In my stacks of "must-read" periodicals and books, I unearthed Persuasions, Issue #31, 2009 and I came across a wonderful and thought-provoking article written by Maggie Lane called "Brothers of the More Famous Jane...".  Besides being a remarkably easy read for a scholarly article, the information provided in the essay was for me a revelation.  Here are some of the sentences that most intrigued me:

The ramifications of this particular article are incredible.  Henry used his contacts to secure a publisher.  Henry paid for the publicity and publication of her first novel.  So the looming question here is, would we even know Jane Austen if it were not for her wealthy, politically connected brother?  People will hate me for saying this but for all artists this problem exists and exists to the present day.  Personally I know of brilliant work that does not see the light of day because there is not a mass of money available to put that work forward.  There is also the matter of riding the tide of what is currently popular.

American Theatre Magazine has been posting astonishing plays lately and I just finished reading "Pilgrims Musa..." over the weekend.  Again I only meant to skim the piece and again I was drawn in.  Mr. Guindi manages to capture and speak to all of us when his character, Abdallah, says, "The everyday pilgrimage you make when you open your mouth to a stranger and hope to God you are understood."  How many of us have felt this way each and every day.  Everytime I audition or make a submission or try to talk to another member of the Moms Club.  Every day.  Later the same character says, "The way you have to open up and travel to the place someone is coming from."  How many of us resist doing this?  How many times have I judged ahead of time.  The world continues to surprise me.  As hard as it is to be my age and continue performing, writing and so on.  Even thinking.  Sometimes I feel judged for that.  But here I am admonished from the pages of this play, to continue to grow and continue my quest for a theatre that will be all inclusive, environmentally sound, promoting the rights and the literature of women.  This kind of work forces a person to be more, to stand up for what you believe in.  Thoughts for the day!
Posted by lovearmd at 11:56 AM No comments:

lovearmd
KAREN ETEROVICH is a member of SAG, Equity and the Dramatists Guild.